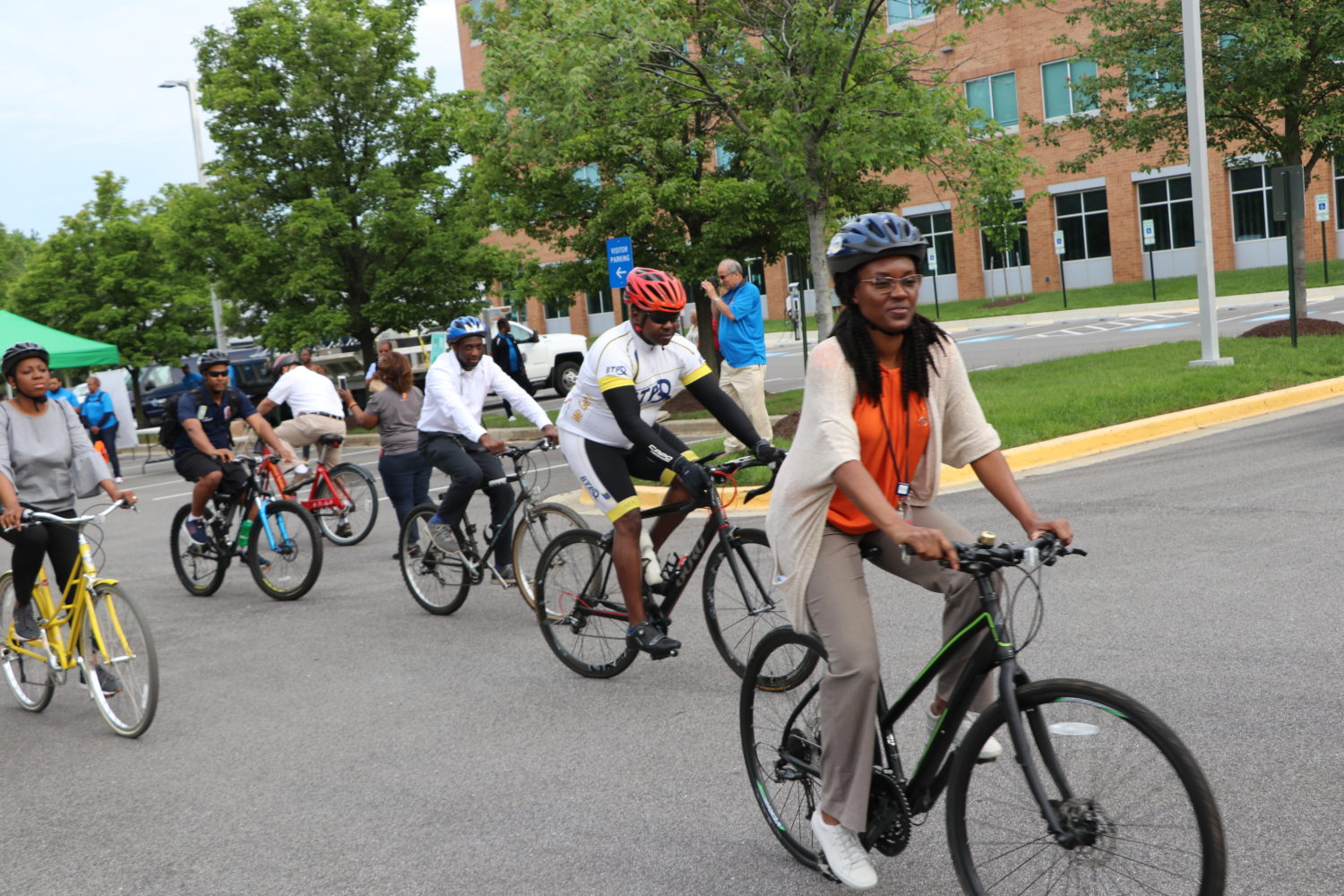 Best Practices In Our Everyday Work

The Next Frontier of Bike Transportation Planning

This blog post is the first in a series of articles to be published by Assedo Consulting to open a dialogue about best practices in our everyday work. Assedo Consulting provides planning and public outreach services for projects in the transportation, utilities, and parks and open space sectors.

Our team has worked over the last few years to assist the Baltimore City Department of Transportation (BC DOT) and the Prince George’s County Department of Public Works and Transportation (DPWT) communicate and plan for incorporating safe biking opportunities for users within each jurisdiction.  At Assedo, our team is passionate about creating a transportation network that is safe and accessible for all users and achieves this by supporting the inclusion of community influence into projects as we work with clients who share that vision. Read on to learn more about Assedo’s ongoing bike projects and stay tuned for more content every month.

Within the last 15 years, many U.S. cities have prioritized expanding their bike infrastructure. Yet, only 14% of Americans ride their bike at least twice a week, a slight increase from 10% a decade ago. American cities have made important initial strides in opening up bike opportunities but they still have a ways to go before becoming the bike havens we see in Europe. Assedo Consulting is working on the expansion of biking within the City of Baltimore.

We have been tasked with understanding what’s been done before and what lessons could be gleaned from other city bike programs.  To that end, I spent some time reviewing bike master plans for some of the most bikeable cities, stretching back to 2005, to gain some insight on 1) what goes into making a “bikeable” city and 2) what the next frontier in bike transportation planning could be.

The strategies for making biking a viable option for travelers in any given city are fairly straightforward and consistent: build infrastructure in heavily visited areas, like central business districts, and along major transportation corridors connecting neighborhoods. This pseudo-spoke-and-wheel approach builds connectivity and increases safety on high-stress corridors. It is a simple first step to boost ridership. What comes next, however, is much more interesting. While reading the City of Oakland’s recently updated bike master plan, something stood out to me: their focus on an equitable bike system.

Oakland’s bike network is not nearly as ubiquitous as their neighbor’s network across the Bay but the city did spend significant resources on expanding their network in the central business district and along major corridors. This initial expansion was detailed in the original 2007 master plan and is not unlike the first step most U.S. cities take to become more bikeable.

The City of Oakland wasn’t satisfied. The City decided to update the 2007 master plan and led a robust public input process that utilized partnerships with community organizations. They quickly discovered that the biking experience in Oakland was not the same for all residents.

Residents in low-income or minority neighborhoods were as interested as anyone in biking as a transportation option but ridership remained low. These neighborhoods simply did not have the infrastructure necessary to make biking in a city feel safe.  They lacked separated bikeways and protected bike lanes. They lived in a biking desert. Those who did bike were disproportionately ticketed by law enforcement. Other than the obvious discrimination that plagues some city police departments, this could also be attributed to the lack of proper infrastructure that encourages safe and legal biking practices.

The City of Oakland discovered that if they wanted to be a truly bikeable city, everyone in their city should feel like their neighborhood is safe enough to bike in. The bike master plan set a goal of creating a bikable experience for 90% of residents living within a ¼ mile of a bikeway. This may seem ambitious but if bikes are to become a major share of the transportation mix in cities, then all residents need to have access to safe bike infrastructure.

I also wanted to understand how other cities were addressing bike equity. I chose to map three cities with varying bike network sizes: Portland, Chicago and Baltimore. I mapped the location of each city’s bike network and low-income minority communities – areas that had a minority population of at least 30 percent and a median income of less than 100 percent of the area median income. Then, I used a ¼ mile buffer to determine which percentage of the city’s low-income minority areas were within riding distance of safe bike infrastructure.

Portland is known as the most bikeable city in the U.S. and is the standard for all things bike. As seen on the map, nearly 80% of the city’s low-income minority neighborhoods are within a ¼ mile of bike infrastructure. Since low-stress residential streets don’t necessarily need bike infrastructure, Portland has effectively built an equitable network. This isn’t surprising, considering the expansiveness of the network.

Chicago’s bike network has expanded and become safer recently but doesn’t rival the bike networks of some top-tier cities. This fact is reflected in the equity of the bike network. Nearly 50% of the city’s low-income minority neighborhoods are within a ¼ mile of bike infrastructure. The City has invested in bike infrastructure in the downtown core and the north side but massive gaps remain on the south and west sides of the city.

Compared to other cities, Baltimore is early in their bike infrastructure expansion. The City’s first bike master plan was released in 2015 and they’re still focused on building connectivity between neighborhoods. Those gaps in the network can be seen on the map. Currently, 41% of the city’s low-income minority neighborhoods are within a ¼ mile of bike infrastructure. Connectivity will remain a top priority but ultimately the system should touch all neighborhoods.

Assedo is partnered with an experienced consultant team to help the City of Baltimore develop an equitable, engaging and common-sense strategy to expanding their bike network and increasing ridership. We believe that simply installing bike infrastructure according to existing grant and construction cycles is not enough. Cities should begin having conversations with stakeholders that haven’t traditionally been a part of the bike planning conversation and prioritize equitable distribution of bike infrastructure, among other factors. A city bike program will not be successful if it focuses solely on infrastructure and not on education and engagement, and vice versa. If you build it, they will come – but only if they want to use it and know how to use it.